The great mountain bike tour of the territories of the Ebro

An unexpected diversity, some amazing panoramas, a balsamic tranquility, a rural world that, in spite of everything, is still beating, a proposal for cyclists who want to be surprised by the landscapes of the great Ebro and its rivers. ENTRE RIUS is a proposal for a cycle tourist route between Catalonia and Aragon along paths where it is easier to find tractors than tourists. There are seven counties: the Ribera d’Ebre, the Baix Ebre, the Terra Alta, the Matarranya, the Baix Aragó-Casp, the Baix Cinca and the Segrià. Often, the only company is the birds and the calm waters of the four rivers: the Canaletes, the Algars, the Matarranya and the Ebro.

A proposal for lovers of great routes >

ENTRE RIUS is a route of 230 km and 3,500 m of elevation gain, aimed especially at lovers of cycling tourism. It is ideal for doing with all-terrain bikes or gravel bikes and is especially attractive to new electric bike users. Divided into four days, it allows you to carry it out comfortably and enjoy, without haste, the landscapes and heritage of these territories, often still very unknown. Needless to say, each user can end up adjusting it to their preferences and reducing or increasing the number of steps.

The route is aimed at practitioners who have minimal experience in tracking georeferenced routes (tracks). ENTRE RIUS does not have its own signage, but it always follows well-signposted paths from other proposals (GR 99 Camí de l’Ebre, the Camino Natural del Algars-Matarranya and the Via Verda del Baix Ebre and Terra Alta). This makes it easier to track, although the signaling is not always in good condition and it is practically essential to have a GPS device.

A quiet route with alternatives >

In general, the route does not present significant difficulties. Most of the route is done on paths and dirt tracks in good condition and pleasant to pedal. Road sections are very sparse and in most cases these are low-traffic routes. The only two points where the route presents remarkable obstacles and you have to get off your bike, coincide with the passage through the traditional paths that cross the two straits of the Ebro. One of these points is the Pas de l’Ase path, which has recently been consolidated and is relatively comfortable to follow on foot, with the bike next to it. The other is the path of Pas de Barrufemes, which has suffered heavy landslides and there are some short sections where the passage has complications and must be done with caution. However, the exceptional beauty of this place more than makes up for the difficulties.

On the other hand, there are two moments of the route where the GR 99 route passes through old horseshoe paths that save a steep descent. These are two very demanding sections technically, which will delight the most experienced cyclists, but which are not recommended for the uninitiated. The first is between the towns of Faió and Mequinensa. At the height of the Bourbon farmhouse, the GR heads east, following the Fabara gorge, to find the ravines of Peranso and quickly descend to find the waters of the Mequinenza reservoir. The most advisable alternative is to continue along the A-1411 road from approximately point K.6. It is a quiet road, with low traffic intensity and leads to Mequinenza.

The next section to consider is between Almatret and Riba-roja d’Ebre. At the tip of the Escambrons begins a beautiful descent, but with very technical sections, not recommended except for people with a lot of experience. A little before reaching the tip of the Escambrons, a forest track starts from the Coll del Panisol, signposted as the route from the Valls to the Fumeral, which goes down the Almatret ravine and leads in front of the Riba-roja bridge. 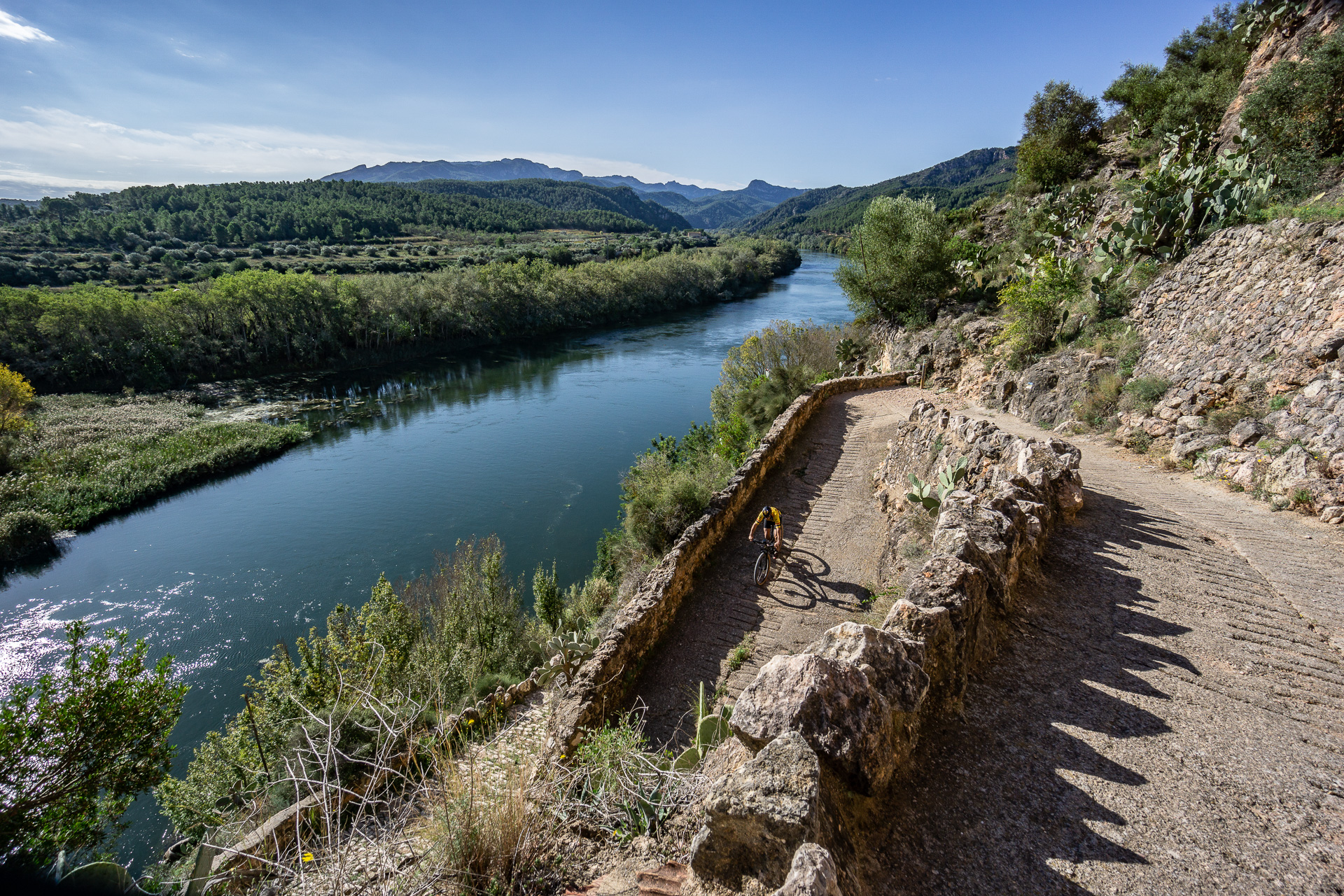 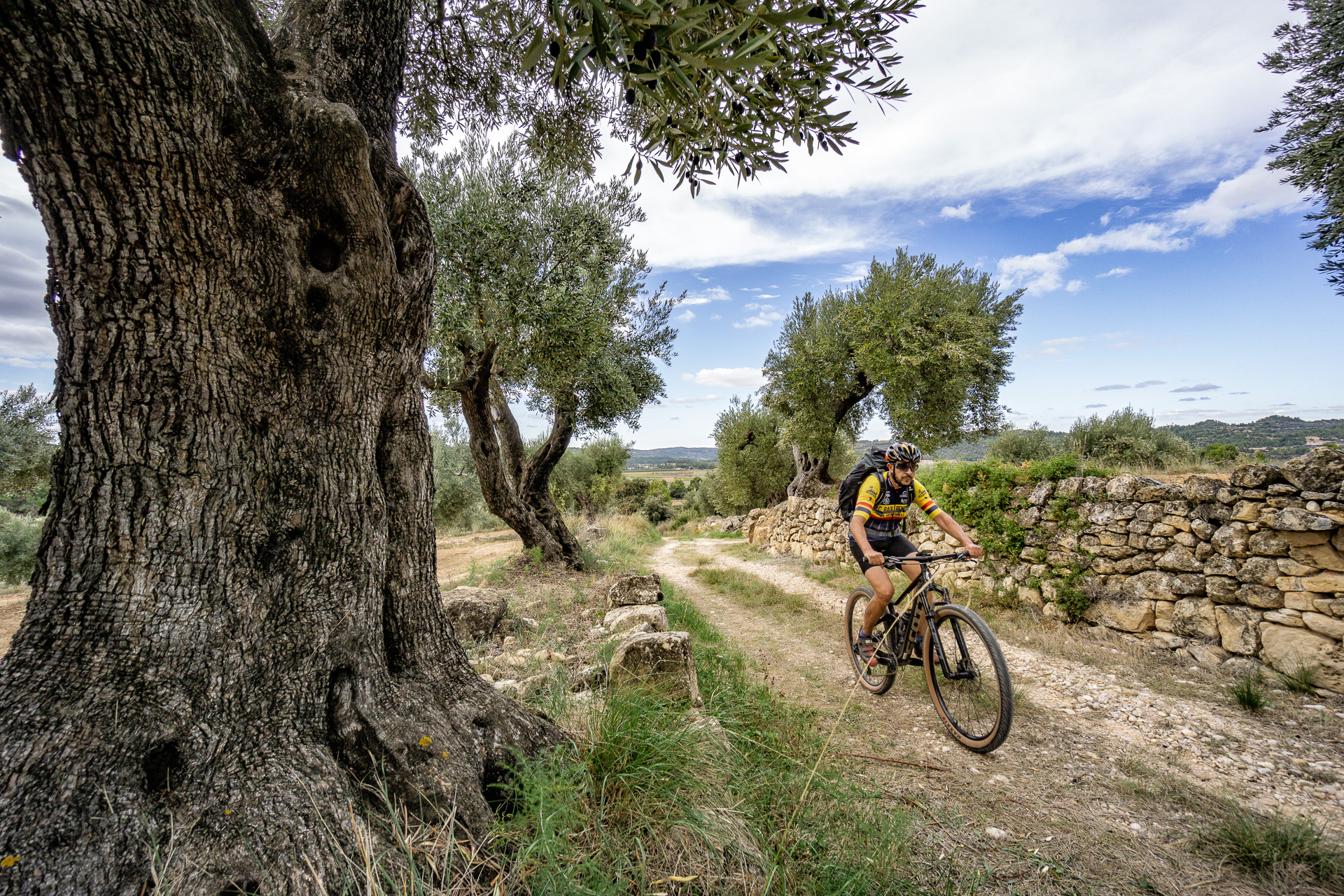 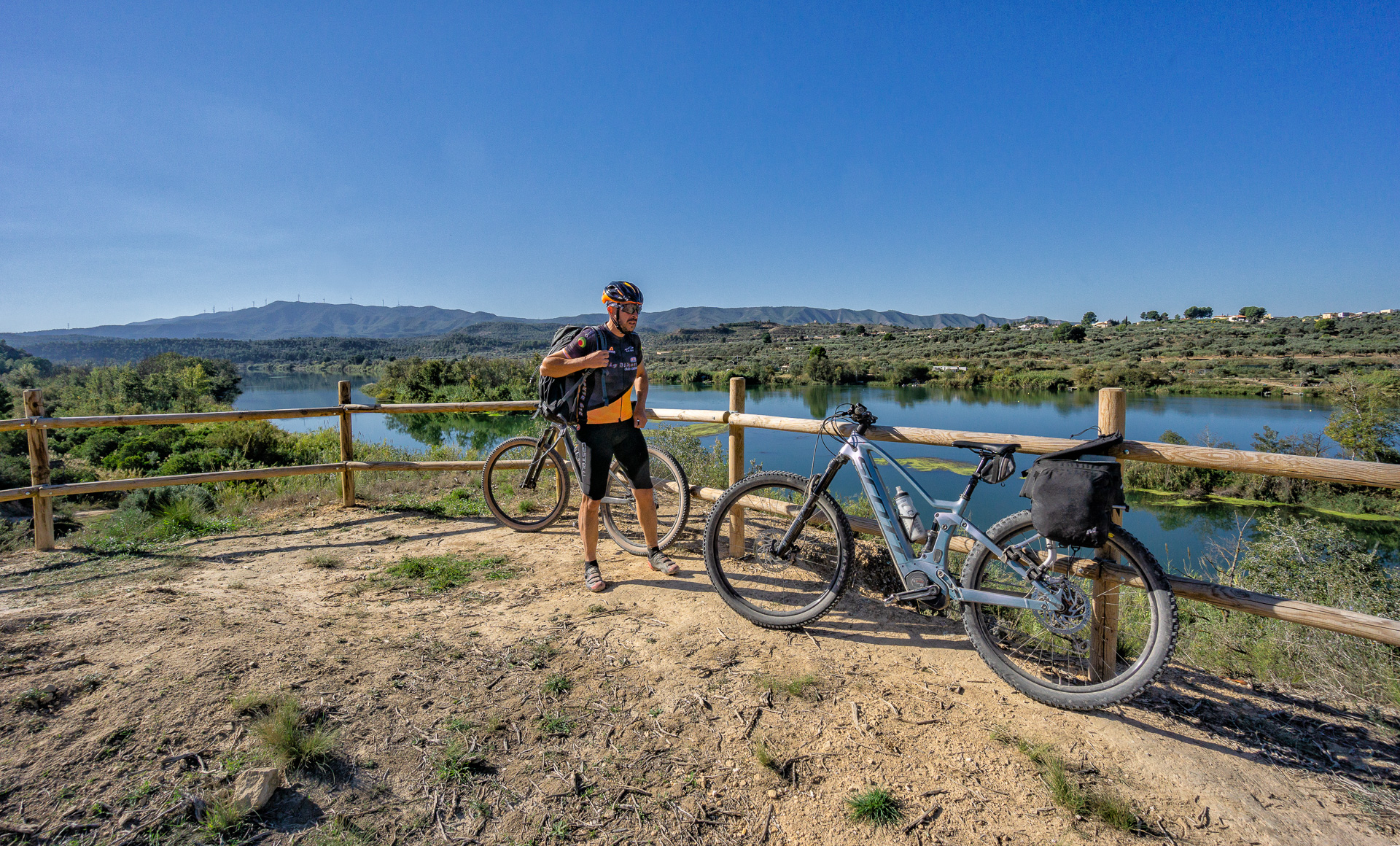 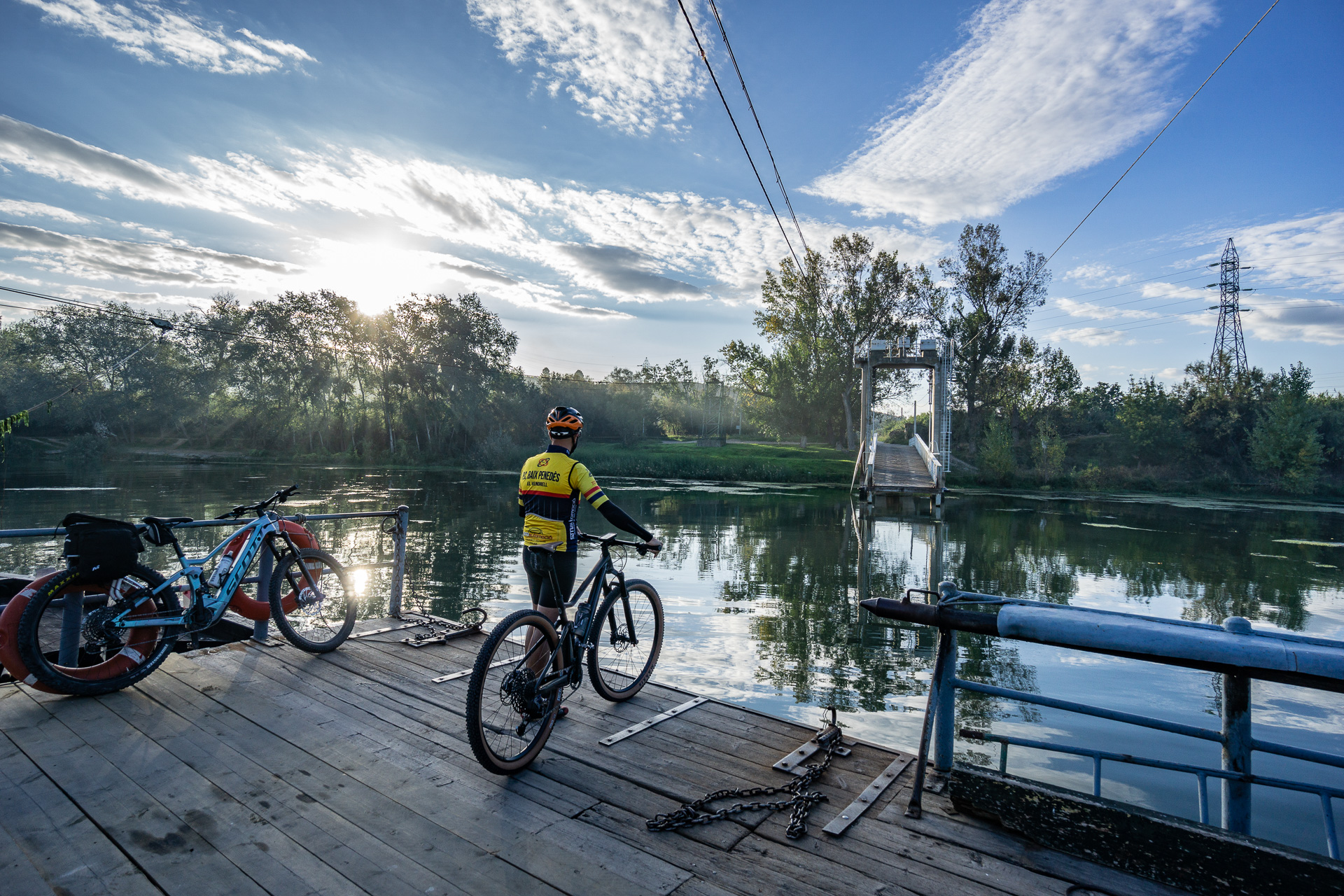 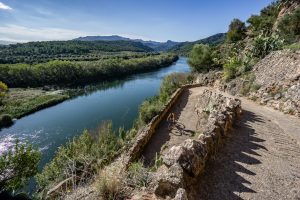 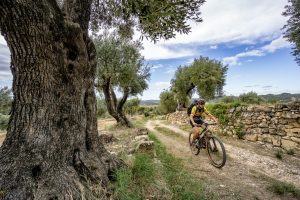 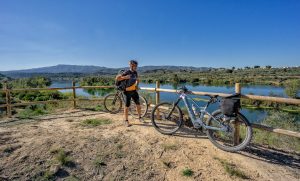 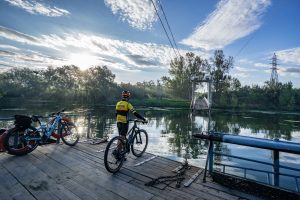 Circular route in four stages for mountain biking. We cross the counties of Ribera d’Ebre, Baix Ebre, Terra Alta, Matarranya, Baix Aragó-Casp, Baix Cinca and Segrià. It can be tracked with a mobile phone or a GPS, by downloading the georeferenced file. It is not signposted as such, but the route connects sections of the Baix Ebre and Terra Alta greenways, with the Ebro and Algars itineraries signposted with the Caminos Naturales program.

If water is life, it is easy to understand that the route BETWEEN RIVERS crosses territories of great diversity and natural values. It is possible that the arrogance of modernity has taken us away from perceiving the enormous importance of rivers to humans. It is also possible that the ENTRE RIUS route can help us get closer to it and become aware that we will need to take care of them to face a future full of uncertainties.

For thousands of years, people like us have settled near rivers looking for all the good things they have to offer. Its vicissitudes have ended up resulting in an extensive historical and cultural heritage. Below is a brief list of some of the most important things to keep in mind. 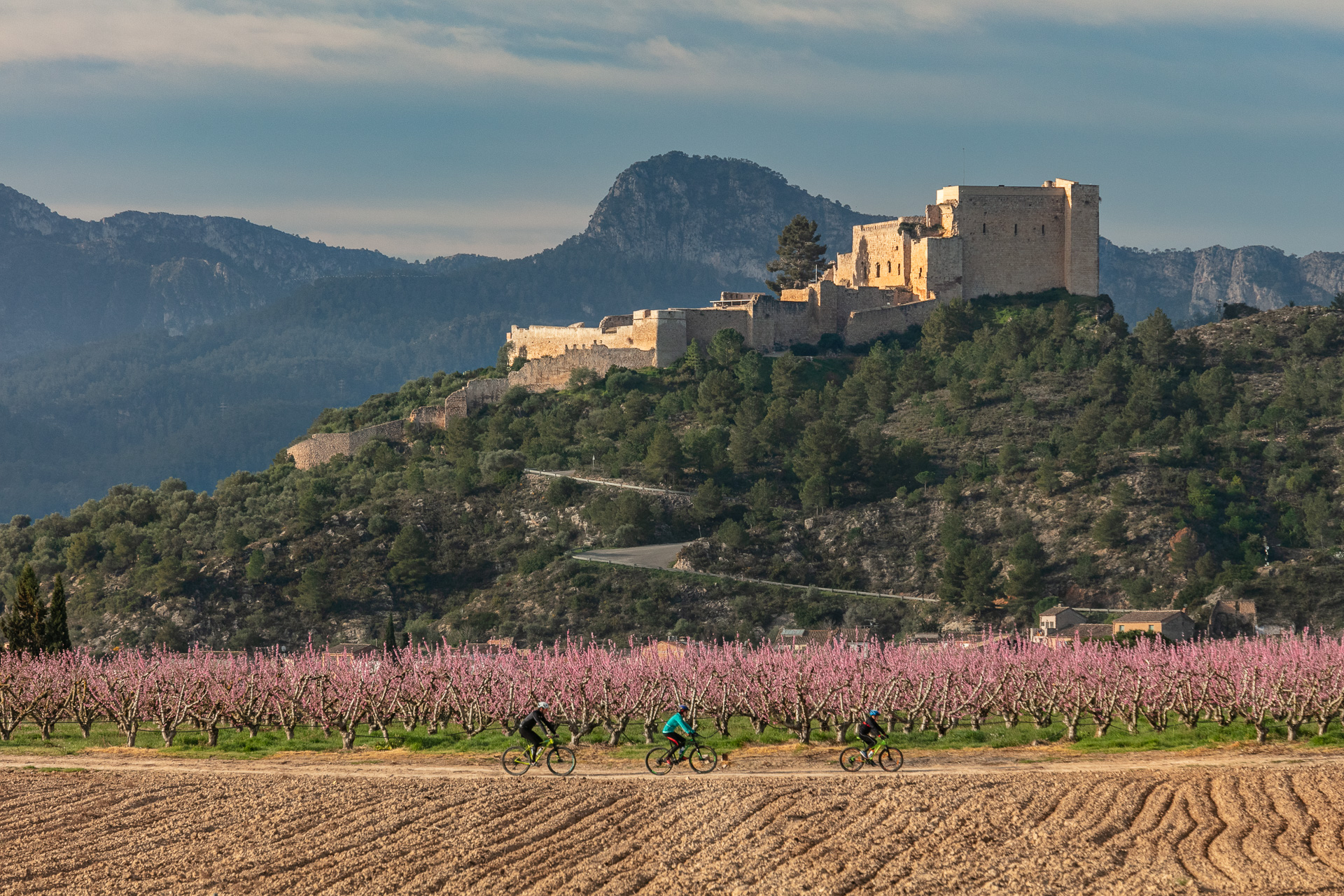 The Templar castle of Miravet

On a hill and offering stunning views of the river Ebro, rises the Templar castle of Miravet, surrounded by a wall 25 meters high. 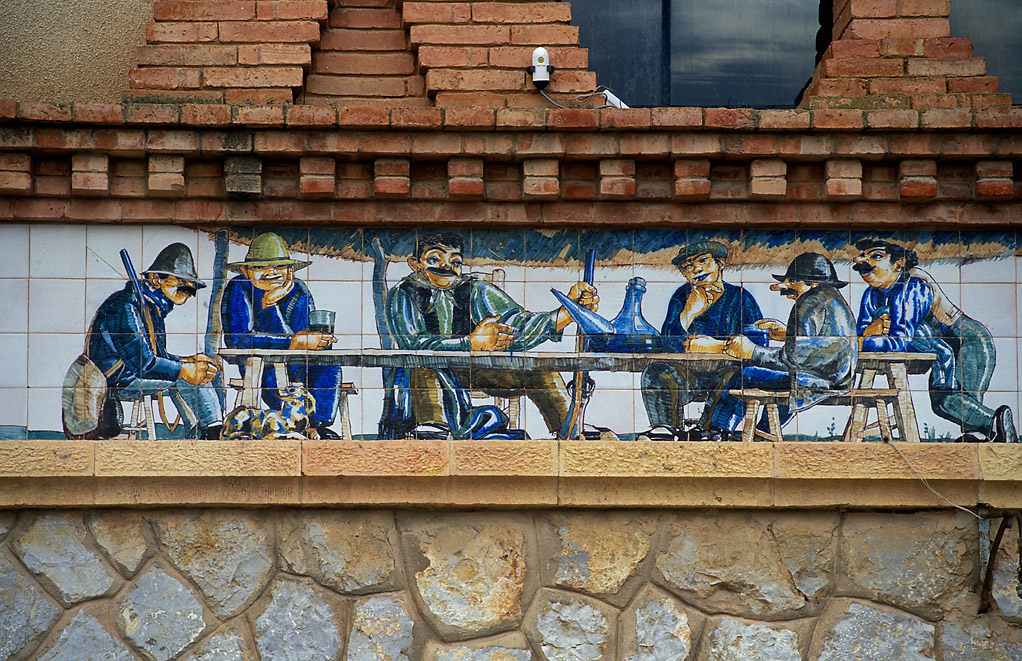 Àngel Guimerà defined it as one of the cathedrals of wine. Indeed, the admirable work of the modernist architect Cèsar Martinell, managed to create an interior atmosphere of light and spaciousness reminiscent of Gothic cathedrals. 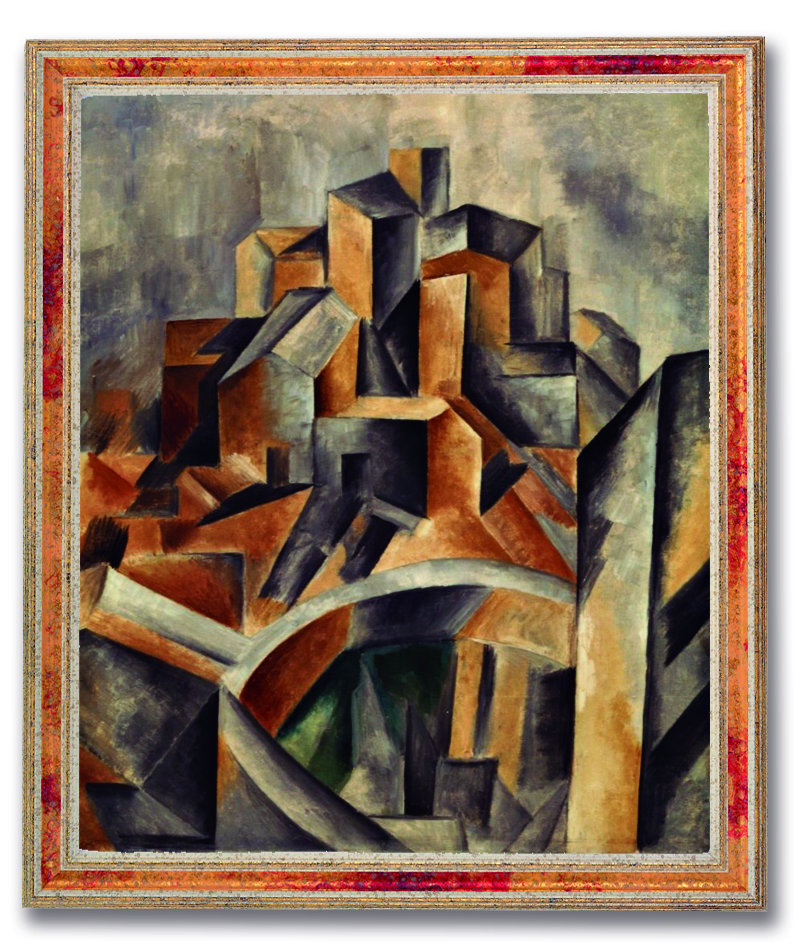 Horta de Sant Joan, with its impressive backdrop of the Ports cliffs, is a very attractive town for a leisurely visit. 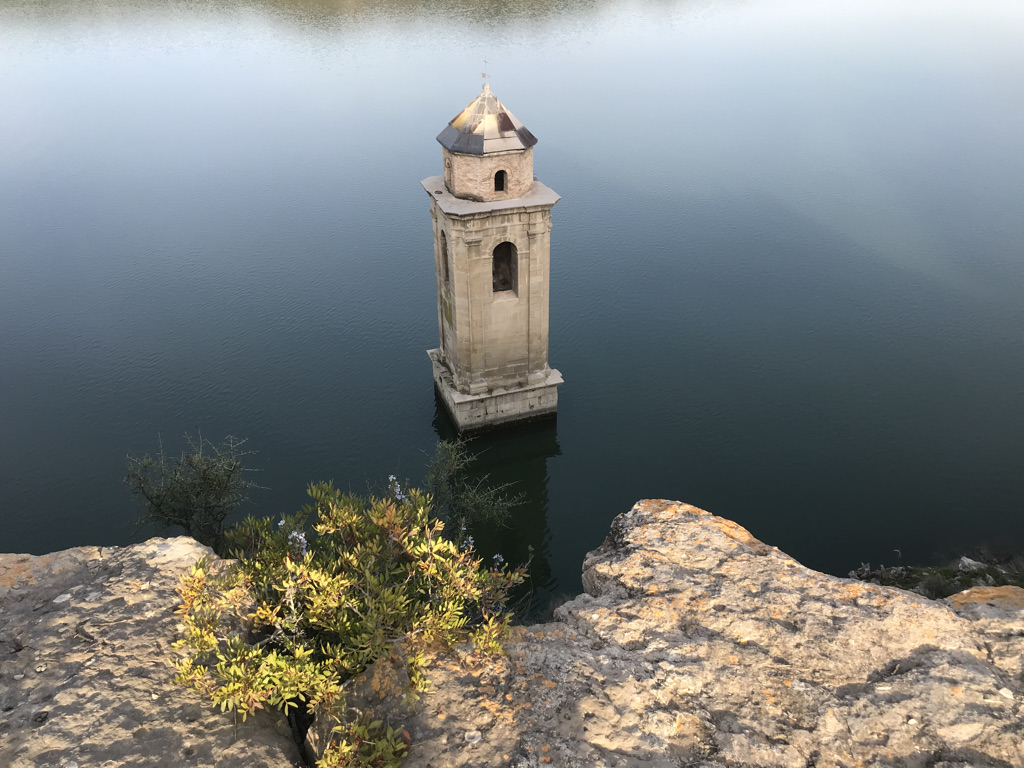 Viewpoint and bell tower of the old town of Faió

The viewpoint of the Ermita del Pilar offers impressive panoramic views of the Riba-roja reservoir, the mouth of the Matarranya and the tower of the parish church of the old town of Faió. 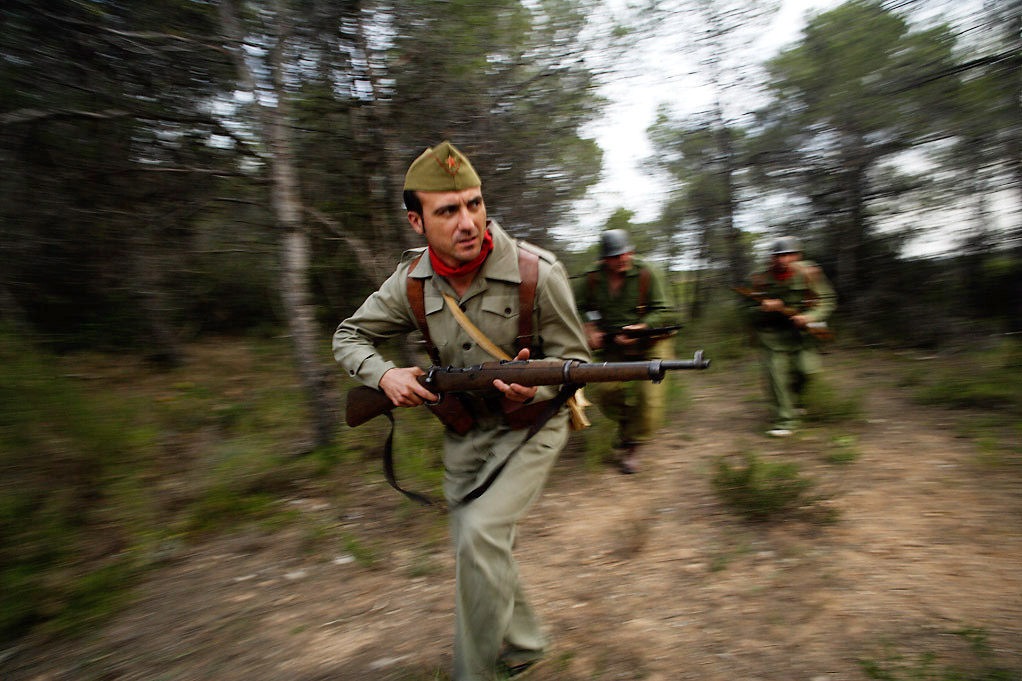 The museum of the Battle of the Ebro in Faió

The union is the strength, they say, and it also gives birth to museums. Due to the delusion of two residents of Faió to collect pieces from the Spanish Civil War.

The museums of Mequinenza and the Jesús Montcada Literary Space 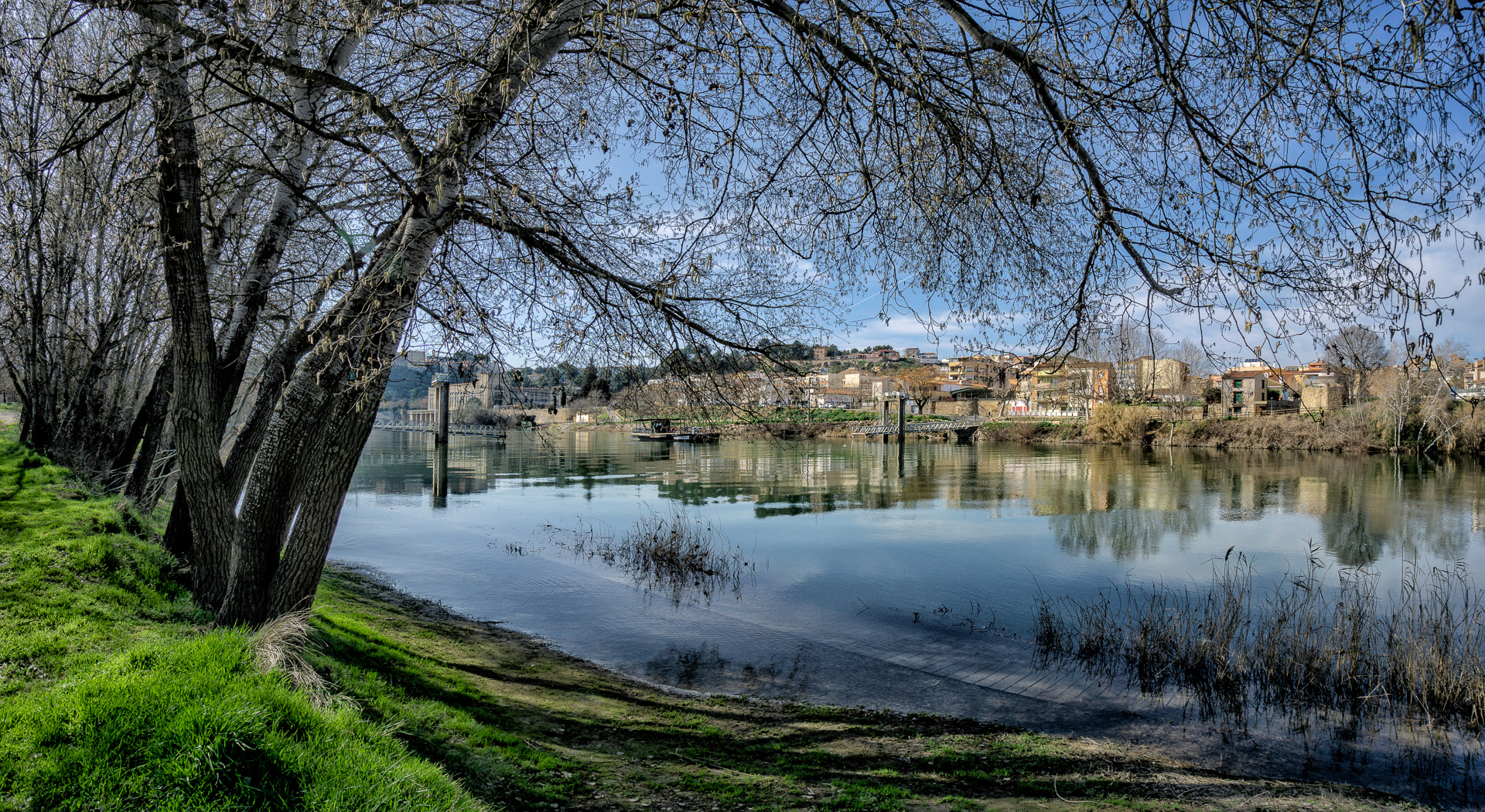 Sebes and the meander of Flix cover an area of ​​more than 250 hectares of open water areas, wetlands, riparian forests, river islands and galaxies.

The Carlist castle of Flix

The famous and feared Carlist leader Ramon Cabrera, the Tiger of the Maestrat, was the one who ordered the construction of the current castle in 1837.